Column calling for planning law reforms to protect local, independent shops. A version of this article was published in the Leicester Mercury on Saturday 1 February.

In December we celebrated the UK’s first Small Business Saturday, an important opportunity to recognise the contribution local small businesses make to Leicester. These small businesses are the engine room of our economy and independent shops play a vital role.

As well as variety and decent prices people shop at local independents because they are motivated to back local businesses. Whether it’s the butcher, baker, greengrocer or florist, these are quintessential mainstays of our high streets and we would miss them if they were gone.

This is why the campaign against Tesco’s plans to open in Clarendon Park is so important. If this store opens it will present a very real threat to local independent traders. Small businesses in parts of the city where supermarkets have opened report falls in their trade.

I am not against supermarkets. They make a significant economic contribution and provide many jobs. I am against an unfair balance in favour of large, powerful companies at the cost of local, small independent traders. At the heart of this debate is an important principle.

Over two thousand residents have signed a petition and hundreds attended a public meeting against Tesco’s plan to open in Clarendon Park. Locally elected councillors for the area are opposed. Councillors for other parts of the city have expressed concern, recognising this could repeat itself in other local shopping areas.

There is a real frustration that the city council is limited in what it can do to prevent a supermarket like this opening. Current laws allow for ‘change of use’ from a bank to a supermarket without the need for full planning permission. Minor permissions are needed for things like illuminated signs or cash points, often granted as a matter of course. This loophole needs addressing.

Councils should have real power to decide whether or not new supermarkets should open, and this should reach beyond routine planning matters. Councils should be able to take into account the impact on local, small businesses and wider community concerns.

The principle at stake is one of local democracy. Planning law at present deals a much better hand to big business than it does to local communities. The Secretary of State should act and could do so at the stroke of a pen.

A version of this column first appeared in the Leicester Mercury, Saturday 1 February 2014. 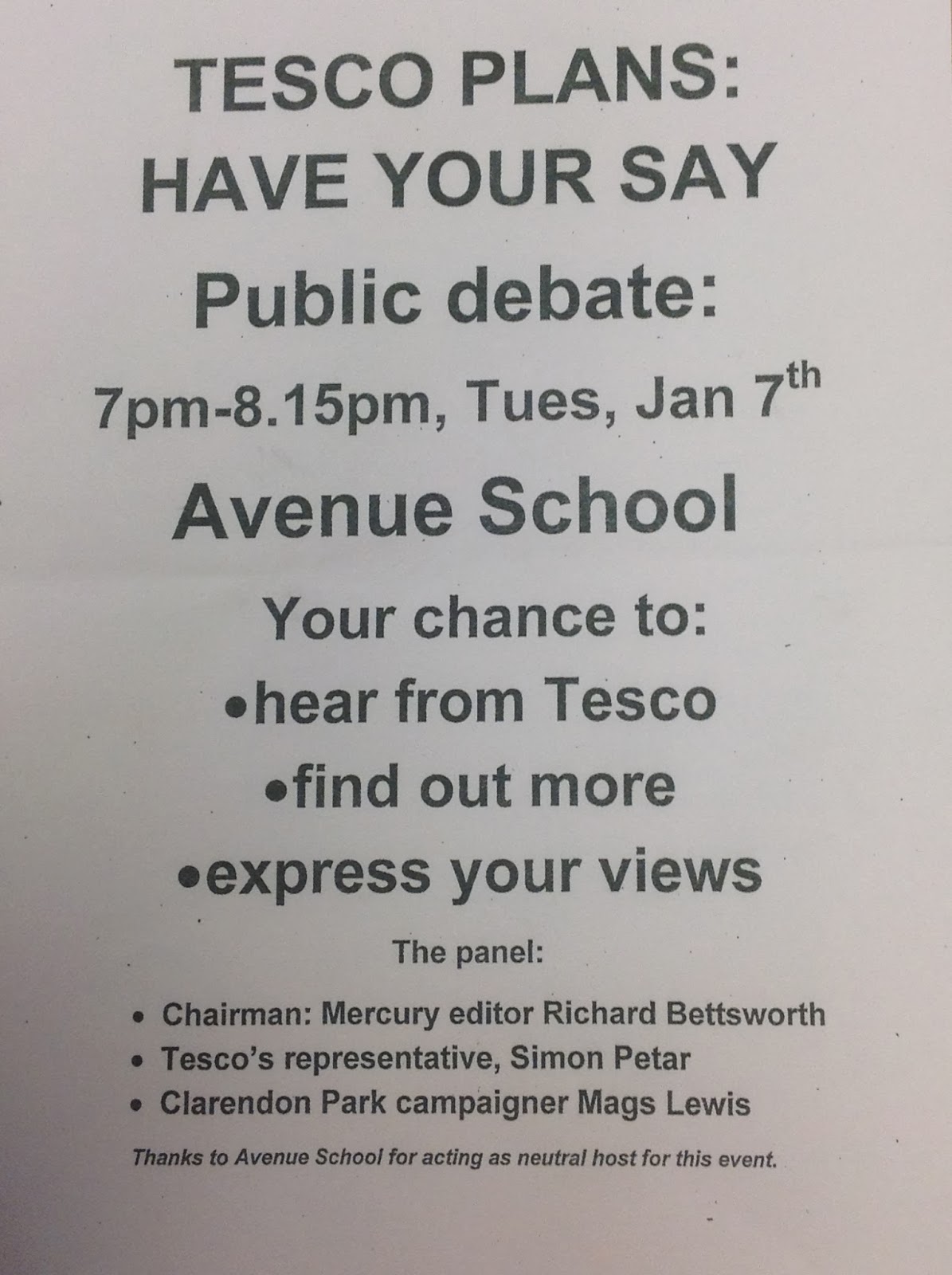