Last week I launched a new council initiative to help residents get a better deal for their energy supplies.

People are worried about rising energy bills and I think the council should be helping people save money. I have been working to develop this initiative for a couple of months or so with the council's Home Energy Team, which also provides advice and help to improve energy efficiency for households in the city.

Ready to Switch is an independent scheme where residents can save money on their gas and electricity bills by collectively switching their energy provider. Households already struggling to pay their energy bills could get cheaper bills, which could in turn help them to avoid fuel poverty.

Similar schemes running in other parts of the country have helped more than 21,000 people save an average of £131 on their annual energy bills. One local scheme, in Nottingham, saved an average of £225 per household.


In total, energy schemes like Ready to Switch have saved consumers £2.7million to date.

The Ready to Switch scheme will be open to anyone, including people with low credit scores or those who use pre-payment cards.

Registering is easy. Individual households sign up to the scheme, either online or by telephone. Once registered, households are grouped together and, every quarter, energy suppliers submit their best price for the group as a whole. The more people who sign up, the more likely suppliers are to give an additional discount.

To register, people will need their current energy bill to hand. Individuals will be sent their offer of a new energy price by the energy company, and the bill payer can then decide to change supplier or not.

Find out more at www.leicester.gov.uk/switching

This weekend I joined campaign teams in Leicester and Loughborough for Labour's #FreezeThatBill campaign day.

Find out more about the campaign here.

200 days to go | These elections matter

Today is 200 days until voters go to the polls for the 2014 European Parliament elections.

These elections matter. We need to elect more Labour MEPs across the UK to fight for a better deal for our regions and the UK in these difficult times. Labour MEPs, led by Glenis Willmott, have done an excellent job since 2009. The European Parliamentary Labour Party was reduced in number at the 2009 elections – we lost a third of our MEPs – but has not been reduced in its impact in Brussels.

Labour MEPs have led the campaign for a European Youth Guarantee to tackle the youth jobs crisis and give hope to young people across the EU. Our MEPs have been making the argument for a progressive and fairer Europe, built on jobs and growth.

As we move towards next May’s elections we need to be setting out the progressive case for Britain’s future in a reformed Europe. We will not be arguing to defend the status quo in Europe. We accept the EU needs to change, in response to the global challenges we face today but also to better reflect our values and priorities.

The European Parliament elections next May have an important political context for Labour. We should not overlook this. It makes these European elections arguably more important than some previous electoral cycles in Europe and it means we have to win well next year.

These are the first set of European elections Labour has fought as the national opposition party since 1994. That is a political generation ago. We all know what tends to happen to the vote share of the governing party(ies) at European elections. We saw our vote decline at each cycle of European elections after 1997; in 1999, 2004 and 2009. We have to make sure next year’s elections inflict real and lasting damage on the Conservatives and Lib Dems poll numbers, and that we take on UKIP. It is crucial that we challenge UKIP’s arguments at every opportunity.

The results of these elections will, for a period of time, help set the political landscape. This will be at an important time in the electoral cycle. It is crucial that Labour does well on 22 May 2014. The results will be the subject of comment pieces and political punditry as we approach next summer and the final party conference before 2015.

We need to win next May and win well. To make sure we do well next May we have to set out and win the progressive argument for Europe.

It is also important we make clear the direct link between the argument on Europe and the everyday concerns of people in our communities. Ed Miliband is setting the agenda on the living standards debate and that has to be central to the campaign next May.

Our organisation will be key to securing a good set of results next May. Thanks to Ian McNichol and his team we have parliamentary candidates selected in key battleground seats and organisers in place. This is a real advantage and 2014 has to be treated as an important dress rehearsal and test for this organisational capability. This is particularly the case for refining our GOTV operations and postal vote campaigning.

We need to be working hard across the country between now and next May. Campaign teams and European candidates are already hard at work because these elections matter. These are not just ‘another’ set of European elections. I know we can do well next May. We can strengthen our voice in Europe by electing more Labour MEPs across the country. The campaign can be a real boost on our route map towards 2015.

It is now less than seven months until European polling day.

Over the summer and now into the autumn the East Midlands European candidates have been visiting CLPs across the region and campaigning with our MPs, parliamentary candidates, councillors and local campaign teams.

It has been a busy couple of months or so over the summer, here's a brief rundown of the some of the highlights:

I was pleased to join our parliamentary candidate Matthew O'Callaghan and colleagues in Loughborough Labour Party for their annual garden party. The party in Loughborough have notched up some important council by-eleciton wins recently.

With Glenis Willmott MEP, I also attended the Earls Barton Labour Party garden party (although it was moved indoors due to rain). This event welcomed members from Kettering and Wellingborough CLPs.

In September I joined European candidates from across the country at the Labour Party Conference in Brighton. It was good to meet with candidates from other regions to discuss the campaign. I also had the opportunity to meet with colleagues from Labour's sister parties from across the world including Tunisia, Burma, the Middle East and Eastern Europe.

I spoke at the Labour Movement for Europe campaign rally on the first day of Conference. This was a good event with a clear determination from across the Labour movement to win well next May.

A number of policy announcements were made at Conference by Ed Miliband and the Shadow Cabinet on issues like the bedroom tax, childcare and housing. You can find more information on the Labour Party website.

In early October I set out my thoughts on Britain's future in Europe and the Labour vision for Europe at the Wellingborough Labour Party Supper Club. I will publish the key arguments in my speech as an article. I was honoured to have been invited to speak at the Supper Club, previous speakers over the years have included Neil Kinnock, Peter Mandelson, Mo Mowlam, Gordon Brown and Tony Blair.
Thank you again to members in Wellingborough for an enjoyable evening.

I chaired a discussion on the Labour Party reform proposals in North West Leicestershire which was attended by Shadow Chancellor Ed Balls MP. This weekend I spoke at a fringe event hosted by Progress at the Labour in Leicester Conference. At the event I set out the importance of the 2014 European campaign as a key milestone towards 2015 and our efforts to secure a Labour majority.

The next few months will be busy. Thank you to everyone who has joined us on the doorsteps already. I am looking forward to campaigning in more parts of the region in the next few weeks and months. Finally, Glenis Willmott will be hosting her annual European Forum for Labour Party members on 23 November. I look forward to seeing members from across the region there.

Back the campaign here: http://action.labour.org.uk/page/s/energy-calculator

I will be setting out my thoughts on the energy market reforms we need in the coming week. 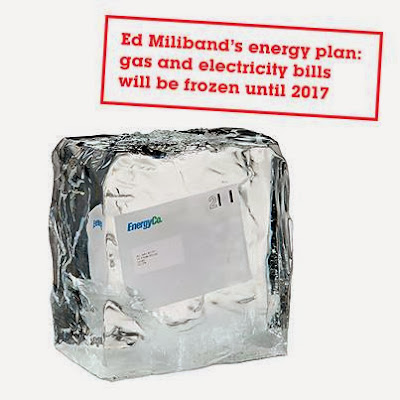 Email ThisBlogThis!Share to TwitterShare to FacebookShare to Pinterest
Labels: Labour

Earlier this year I called for a clearer commitment to using Plain English in council and official public notices.

Many of these notices are written in a way which is baffling, often leaving the public unclear as to the intention and purpose of the notices.

In August I said:
'I think people get really annoyed and frustrated by it.'

'They are often impenetrable and in antiquated language nobody uses.'
'We might as well be putting them out in Latin, for the good they are doing.'
'If we have to put these orders up, we should have an explanation in plain English. That could be done with very little effort or expense.'
'This is not a problem isolated to Leicester City Council – it affects all authorities – but it is something we can deal with easily.'
The Leicester Mercury covered this here: http://www.leicestermercury.co.uk/Public-baffled-jargon-council-public-notices/story-19659063-detail/story.html

All public bodies and legislatures should use Plain English including councils, public agencies, national parliaments and the European Parliament.
Posted by Rory Palmer at 12:09

Column for the Leicester Mercury for World Mental Health Day.

Thursday this week is World Mental Health Day. This is an important and timely occasion to consider the city’s approach to mental health.

Good mental health is as important as good physical health and this should be a guiding principle of all those organisations providing health services in Leicester. In recent years we have seen improvements in the NHS approach to mental health but there is much more to do. Much of what the NHS does for mental health problems does not share the same limelight as services for physical illness.

The second reason is that we need to shift perceptions and understanding of mental health in society. There remains a stubborn stigma around mental illness. Take the recent examples of two major supermarket chains selling ‘Mental Patient’ and ‘Psycho Ward’ fancy dress costumes. These offensive products led to a public backlash and both costumes were withdrawn from sale and the supermarket companies made donations to mental health charities.

This example illustrates the challenge we still face in tackling stigma and securing a more positive, mature and understanding approach to mental health in society. It remains too easy for some to slip back into clumsy language and a view of mental illness that is of a bygone era.

The city’s health and wellbeing board will work with partners including the city council, GPs, hospital trusts, voluntary groups and patients to make this happen. Mental health services in Leicester need to meet the expectations of patients and the whole community.

Challenging stigma and improving levels of understanding and awareness of mental illness requires a collective effort across different organisations. World Mental Health Day is a useful opportunity to reflect on the importance of this task but to also to reaffirm our commitment and determination to address it.

This column was first appeared in the Leicester Mercury, 10 October 2013.
Posted by Rory Palmer at 12:00