I am proud to be one of two Labour councillors for Eyres Monsell in Leicester.

Eyres Monsell is an estate on the south of the city built in the 1950s. The estate is bordered by the outer ring road and Lutterworth Road. To the south the estate and ward reach up to the city's boundary with Oadby and Wigston. The Eyres Monsell ward also includes part of the Saffron Lane estate, the area between Stonesby Avenue and Southfields Drive and including the 'Pork Pie Library'.

There is a strong and proud community spirit in the area. Virginia and I enjoy working with local residents and organisations to deliver improvements in the area.

If you are an Eyres Monsell resident and wish to contact me or Virginia about a local issue contact details and information about our local advice surgeries can be found here (Leicester City Council website).

As a councillor for Eyres Monsell I work hard for the area and have delivered real improvements for the community, including: 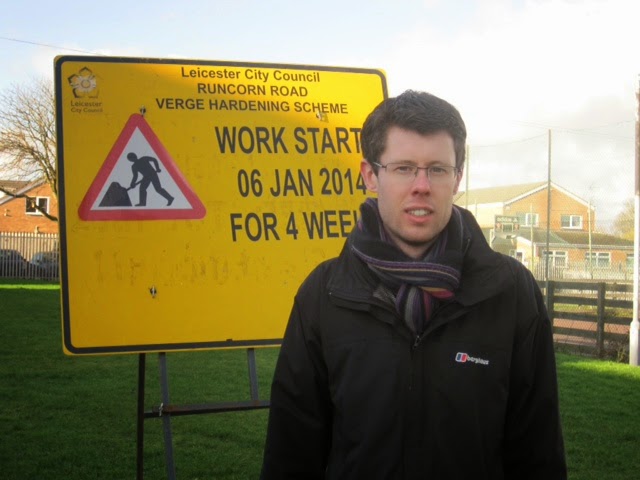